The Minneapolis auditions of American Idol were SO BAD. And I loved every minute of it. Hehe. But I really can’t wait until they get to Hollywood. I get tired of the auditions after a few episodes.

I also watched my recording of the Golden Globes from last night. I watched the 3+ hour show in about 50 minutes. Thank goodness for that fast-forward button. 😀 I was incredibly happy that America Ferrara and Meryl Streep won. America was so beautiful and her speech so heartfelt and Meryl Streep, as always, was eloquent and classy. I adore both of those ladies. My favorite speeches, though, have to go to Hugh Laurie (he’s so subtly hilarious) and Sasha Baron Cohen (OMG, his speech bordered on inappropriate but damn, I was in tears from laughing so hard). And maybe it’s just me but did anyone notice the completely opposite vibe from the casts of Ugly Betty and Grey’s Anatomy? I sensed tension coming from the GA cast whereas the UB cast was so happy and everyone was clapping and hugging one another. They really seem like they enjoy working together. Plus, when Vanessa Williams bounded onto the stage from out of nowhere, they all cheered and gave her a group hug. Just… aww.

In Globes fashion talk, Reese Witherspoon and Hayden Panettiere had my favorite “looks” of the night. 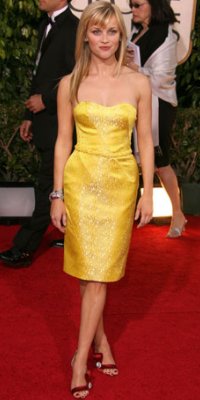 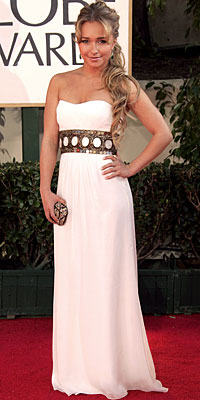 On a random note, I found this picture of Kate Winslet and Leonardo DiCaprio from one of the after parties and it totally brought me back to 1998. Rose and Jack forever!!! 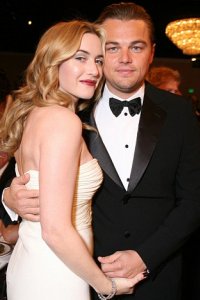 As for other TV news, I think I’m addicted to the new MTV “reality” show, Dance Life. It’s a reality show about professional dancers! I can’t help it. You should watch it too. Mondays at 10:30pm. 😀