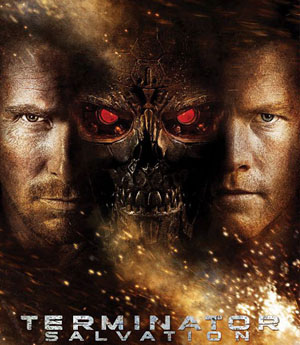 I wanted to love this movie so much but instead, I have mixed feelings.

I think I hyped this movie so much in my head that there was no way it could deliver. There was so much great action but it wasn’t enough. The storyline really suffered. 🙁

The GOOD:
– All the action. This is one area the movie did not lack at all.
– The acting. Christian Bale, Sam Worthington, and Anton Yelchin were all spectacular.
– “I’ll be back.” I have to give Christian Bale credit for making that line work. It could have been incredibly cheesy.

The MEH:
– Christian Bale using his Batman voice. Weird.
– All the random storyline holes. Like, I didn’t understand why Skynet didn’t kill Kyle right away. He was #1 on their list. And they had ample opportunity to do so.
– I was also confused about John Connor being a false prophet. Did they cut a lot of that backstory out? It seemed like the pockets of Resistance fighters listened and paid attention to John’s radio messages even before his big “stand down” speech.
– The Marcus reveal would have had so much more impact if it hadn’t been spoiled in the freaking trailers. I honestly thought there would be something more to that twist because I didn’t think they would give it away so easily.
– The ending. There was no character development in the movie so when Marcus gave up his heart to save John’s life, the moment didn’t feel earned.

I have to mention that I paid extra close attention during John/Kate scenes because I was trying to figure out which scene caused Christian Bale’s now infamous on-set breakdown. They didn’t have very many scenes together – maybe it was left on the cutting room floor? That would be pretty funny.

Anyway, it was a typical summer blockbuster and I guess that’s all I can ask for. At least it was better than T3. That one was terrible. But it’s nowhere near as great as T1 and T2. I still recommend it though.