Hi Everyone! THANK YOU all so much for your thoughtful comments, cards, texts and calls. It’s been a really emotionally draining week and a half and I’m so grateful for all the support. YOU ALL ROCK SO HARD.

I’m more than ready to get back to normal, though, and I’m going to continue on with my Walt Disney World trip reports. I have about 3 or 4 more entries planned. Bear with me. 🙂 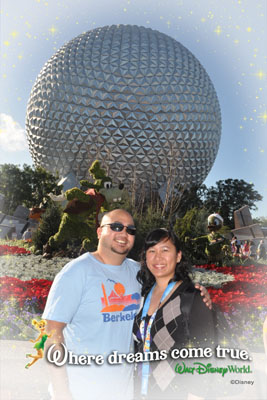 You know you’ve arrived at EPCOT when you see the park’s icon, Spaceship Earth.

The first area of the park that you come across is Future World. I have to admit that a lot of the rides & attractions in Future World are either boring or SUPER outdated. But we gave (almost) everything a chance and found a few that were particularly memorable… 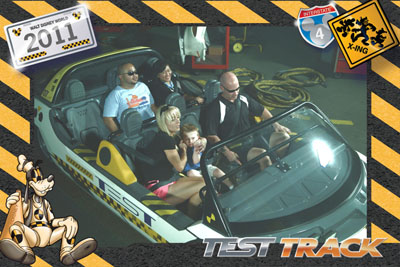 Like Test Track. My favorite EPCOT ride. It’s a vehicle simulation ride that ends in a high-speed drive around the exterior track. SO AWESOME. 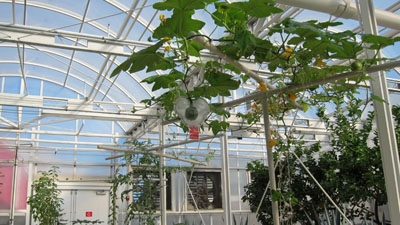 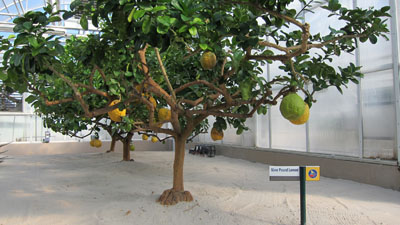 Living with the Land is a boat ride through the Land pavilion’s greenhouse where you can see the various crops grown on site. Look at that 9 pound lemon! I have really distinct memories of going on this ride when I was 10 with my parents so I love this ride for the nostalgia factor.

Over at the Innoventions pavilion, we went to Club Cool to sample Coca-Cola products from around the world. Free of charge!

Krest Ginger Ale from Mozambique (much stronger ginger taste than I’ve found here in the US) and Lift Apple from Mexico were the stand-outs to me. Stay away from the Beverly (Italy). Trust me. It is TERRIBLE.

Innoventions also features various interactive exhibits and rides, one of which is a video game playground where we created a game starring… ourselves.

Here we are on screen. LOL. We had to perform a series of actions (running, jumping, dancing) that were then inserted into the game. HILARITY. We got such a kick out of this. 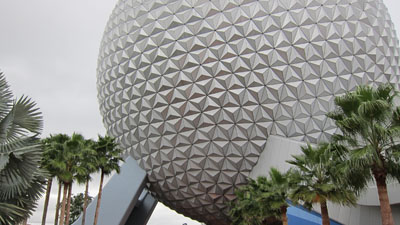 Spaceship Earth (aka the ride inside the giant golf ball) was a pleasant surprise. The ride itself is ok at best (it takes you back in time to track advancements in human communication) but the end is pretty entertaining. The ride is equipped with interactive touch screens where you answer various questions and somewhere along the way your image is captured. Then your future is revealed to you in a series of images. Ours were HIGHLY AMUSING. Well, technically, it was Rob’s future because my picture didn’t get taken for some reason. It ended up being MUCH better this way. 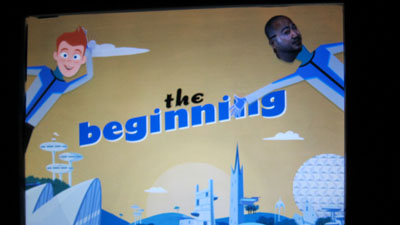 OH MAN. This was THE BEST. We could NOT stop laughing.

After we had our fill of Future World, we made our way to the World Showcase, which is my favorite part of EPCOT. I LOVE to travel so this part of the park is right up my alley. Plus, there’s such a wealth of dining options. There’s only 2 rides in the World Showcase (in Mexico and Norway) so we did lots of exploring. Just taking in the sights, checking out the food & drink offerings, and browsing in the shops (that actually sell non-Disney merchandise!). Some of my favorite pics… 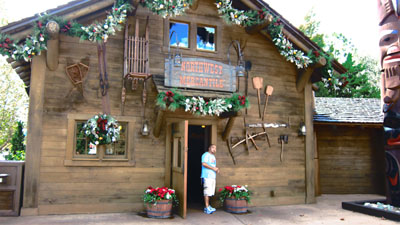 The Canada pavilion is so beautiful.

We had dinner at the signature restaurant in Canada, Le Cellier Steakhouse, where we had the BEST service. From start to finish, it was a great experience — all our courses were timed perfectly and everything we needed was anticipated. I wish I could remember our server’s name because he was outstanding. I also discovered pina colada rooibos tea here and I’ve been looking for some ever since.

Hopping over to the UK! 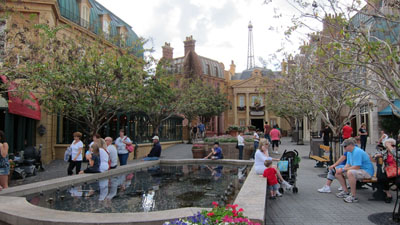 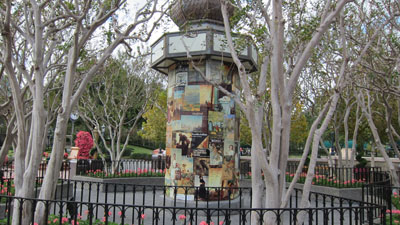 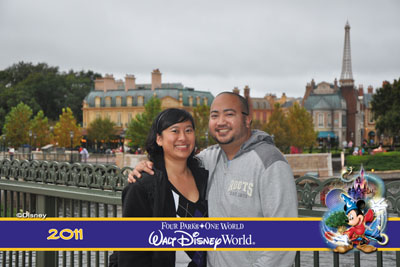 I’m a sucker for France. The view on the bridge as you approach the pavilion is so gorgeous.

On our first day at EPCOT, we had lunch at Les Chefs de France where we had yummy onion soup and we also got to see… 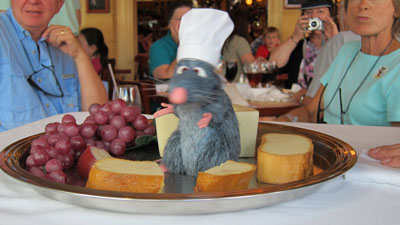 Remy! He goes by really fast so I only got this blurry shot of him. Grrr. 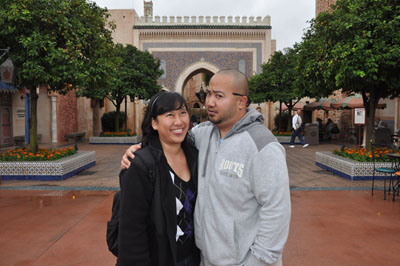 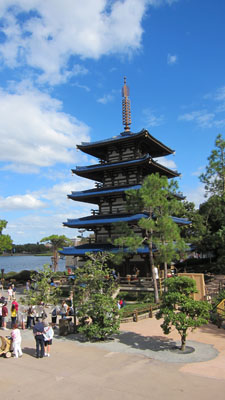 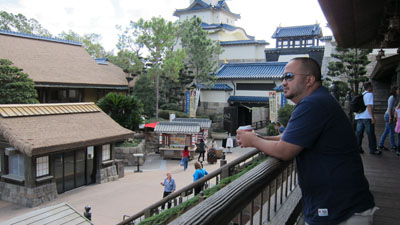 My favorite pavilion — Japan! It’s so peaceful. It also doesn’t hurt that there’s a sizable Mituskoshi store where you can find all kinds of Japanese items — from toys (Domo and Hello Kitty!) to candy to kitchen accessories (chopsticks, delicate plates and teapot sets, etc). 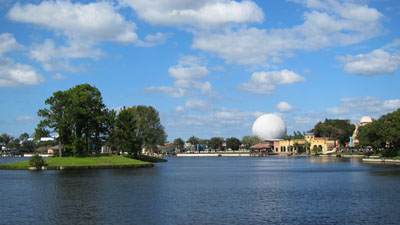 From the World Showcase looking across the lagoon to Spaceship earth. 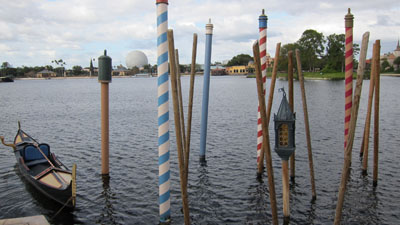 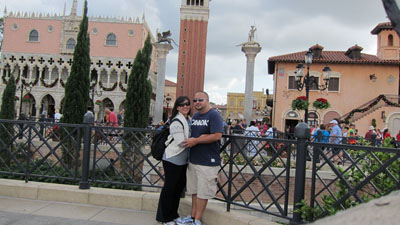 Germany is easily my second favorite pavilion. It’s so picturesque. And I just love the energy here. Because of the lack of rides in the World Showcase, many adult guests participate in drinking around the world where you have to consume an alcoholic beverage in each country before moving to the next one. That means 10 different drinks! As you can imagine, Germany has a variety of beers to choose from so the crowd is really spirited and happy. LOL. Because I don’t drink, I was drawn instead to…

Karamell Kuche! It’s a Werther’s store that’s packed with not only packaged treats but FRESHLY MADE goodies. It’s like heaven. Seriously. We went a little crazy in there and bought fresh caramel corn (sinful), a caramel & chocolate-covered strawberry, caramel roll with marshmallow cream (AH-MAY-ZING), and a chocolate with sea salt. It was all FANTASTIC. I want to go baaaaack. 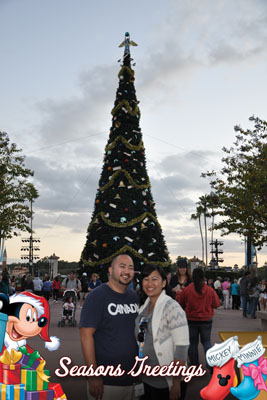 Couldn’t resist taking a picture in front of the Christmas tree! 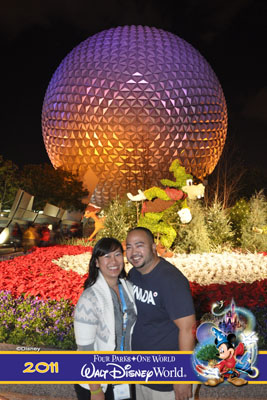 And of course another picture in front of Spaceship Earth for good measure.

Even though we had almost 2 full days in EPCOT, there’s still so much we could have done. I would have loved to check out other restaurants in the World Showcase (Via Napoli in Italy, Biergarten in Germany). And I wish we had time to sign up for the segway tour around the park. I guess these are things that will go on my list for “next time” (whenever that will be). 🙂

For more pics from our time at EPCOT, check our Flickr here and here.