After breakfast, we headed to North Vancouver to visit Grouse Mountain. 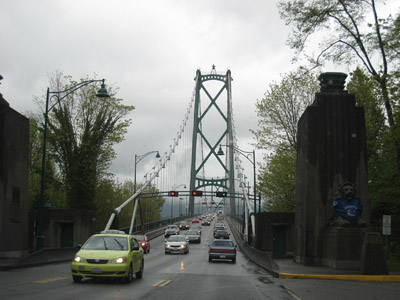 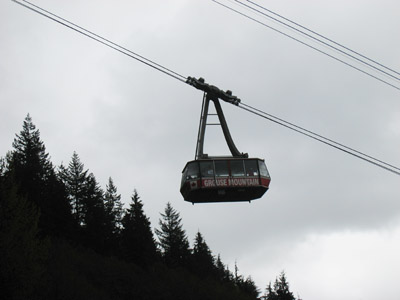 The Skyride that goes up the mountain to the Chalet. LOVED the ride. It’s exhilarating to see the world at your feet. 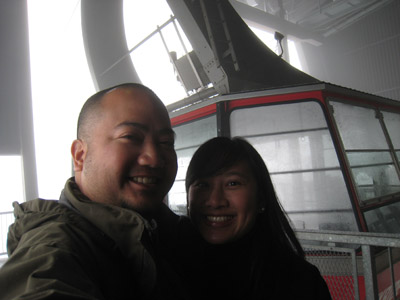 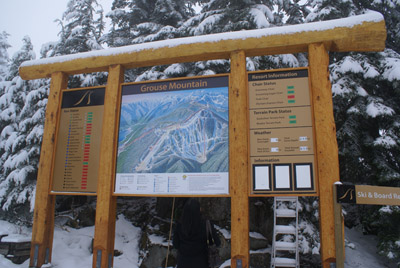 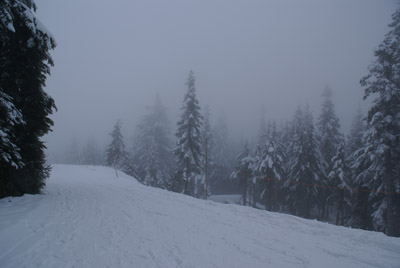 At the top (not to be confused with the peak – you have to take another chairlift up there, which we didn’t). Unfortunately the visibility was TERRIBLE so we decided just to take a short hike to see the 2 orphaned bears that live on the mountain. 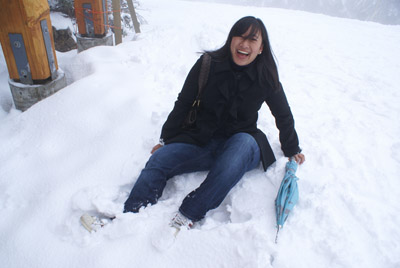 We were walking and I didn’t realize how deep the snow was and I… TOTALLY FELL DOWN. How embarrassing. 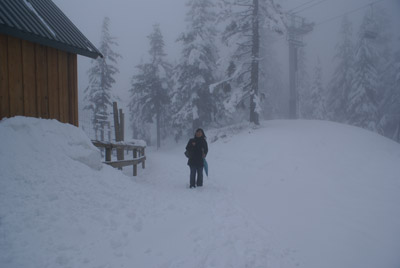 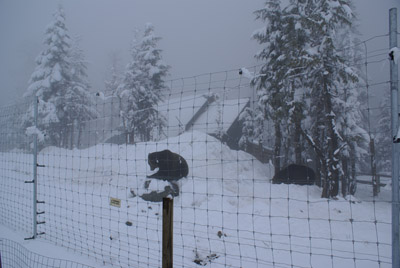 After getting lost on the way, we found the bears! 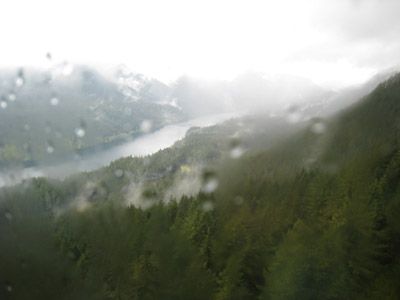 Heading back down the mountain. 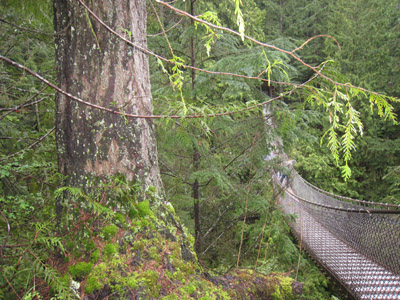 It was still raining but we decided to go to the Lynn Canyon Suspension Bridge anyway. (There’s another suspension bridge in North Vancouver that’s supposed to be higher and longer — Capilano — but they charge admission there and we’re cheap!). 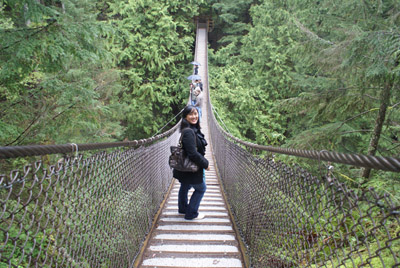 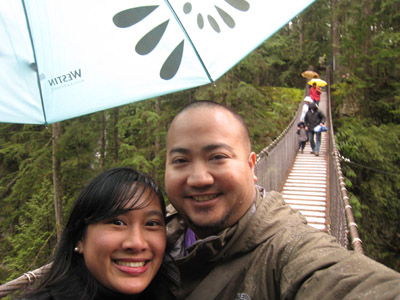 So exciting! The bridge is a little narrow but I actually liked being able to just glance to the side and see the creek down below.

We headed back downtown (where it wasn’t raining – go figure!) and set out to see more of the sights, like… 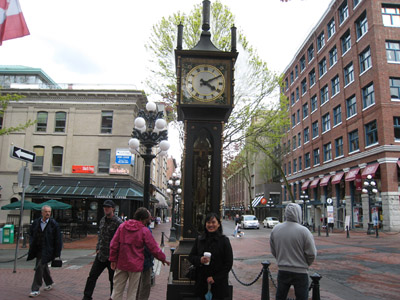 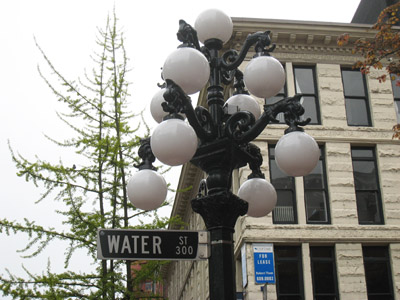 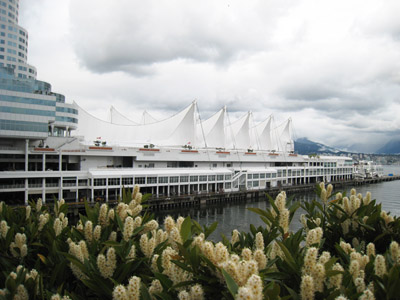 A closer view of Canada Place. 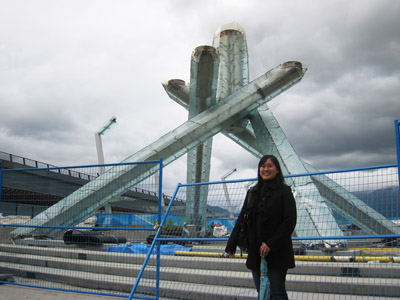 The Olympics cauldron! Too bad we had to see it in this state. They’re making it a permanent fixture in this plaza and it was still under construction.

After all that walking, we got settled back at the hotel, watched the Lakers lose to the Thunder (grrr!) and treated ourselves to yummy Indian food from Rangoli.

Didn’t have anything planned except for brunch at Cafe Medina. We arrived just before opening so we were seated right away. Thank goodness because seats were filled quickly and a long line formed outside (in the rain!). 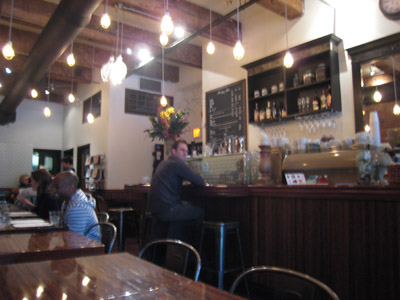 Blurry pic of the inside.

Brunch was AH-MAY-ZING. We ordered these mini waffles as appetizers and they were SO. GOOD. For entrees, we tried the fricassé (fried eggs with short ribs, potatoes, arugula) and the cassoulet (fried eggs, baked beans, bacon, and andouille sausage).

And so ends a fantastic trip.

We don’t have any other trips planned this year except for a local trip down to San Diego in July for Comic-Con! Rob and I have passes for all 4 days and YES, I’ve already arranged for the time off. Can’t wait.