Thanks everyone for the congrats! Rob and I are super-duper excited to buy our first home. It’s very close to where we live now so we’re constantly walking by to see if any progress has been made. So look forward (or not) to pics as it gets built.

Anyway, I haven’t blogged about TV in a looooong time. Not since last year (sounds so far away, heh). It’s not that I haven’t been watching (I totally have) — it’s just that I’ve been feeling a little uninspired. But finally, my Monday shows brought me out of my blogging funk (possible spoilers?)…

24
OY. This used to be one of my absolute favorite shows ever. Those days are gone. Now I watch this show only out of loyalty to Jack Bauer. This makes me sad. I can forgive the recycled storylines (Jack no longer works for CTU but is sucked back in due to a national crisis) but I CAN’T STAND the ridiculous storylines and even more annoying characters. They seriously suck the life out of the show. Examples:

– Dana Walsh. UGH. I was really looking forward to the addition of Katee Sackhoff to the cast but wow does her storyline suuuuuck. First she’s saddled with Kevin, an ex-boyfriend who’s stalking her. Then she agrees to help him and his buddy Nick steal money from an evidence warehouse in order for him to leave her alone. When he does not (OF COURSE), she follows them, her fiance Cole (poor Freddie Prinze Jr — I want better for him) follows her, they try to scare them off, Nick kills Kevin, Cole kills Nick and they dump the bodies. IDIOTS. Sadly this storyline is not over yet. Now Dana has to deal with Kevin’s parole officer who is conveniently looking for him at 2:30 in the freaking morning. COME ON. Get it together, writers.

– Arlo. He’s not a main character by any means but MAN does he annoy me. I think it’s the permanent smirk on his face, condescending attitude, and constant attempts to flirt with Dana. His role (and his job at CTU, I think) is pretty similar to Milo (Eric Balfour) and Adam (Zachary Quinto) from seasons past and while they had their jerk-y moments, they were still characters you liked to hate. I just hate Arlo.

As far as the main terrorist storyline, it’s finally ramped up in the last 2 episodes. With the Russians out of the picture and Tarin being revealed as the big bad (possibly?), things are finally getting interesting. It only took 11 episodes.

If I might make a suggestion, the show needs more Jack and Cole working together… 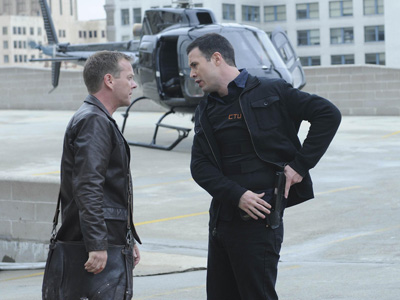 But as much as I’ve been dissatisfied with this season, I’m really going to miss this show if the cancellation rumors turn out to be true. 🙁

And now a show that I’m completely enjoying this season…

Chuck
Aaahhhh! So good this season! Chuck as a spy totally cleared up some of the issues I was having with the show — in the past, missions involved him flashing, Sarah and Casey yelling at him to stay in the car (which he would NEVER do), then they inevitably had to rescue him. Now that he’s taking part in the action, we’re finally seeing him as their equal (ok, kind of).

This season has also brought less Buy More storylines, which I like. I can’t help it. I know they’re necessary to show how Chuck is leading a double life but there’s only so much I can take of Jeffster, Big Mike, and the rest of the crew. I probably would have added Morgan to that list until the most recent episode. I can’t believe I’m typing this but I’m starting to like him. When Chuck revealed his secret, I honestly thought Morgan was going to freak out, get upset and make it all about him. But he didn’t! He was supportive and happy for Chuck. And I’m so proud of him! 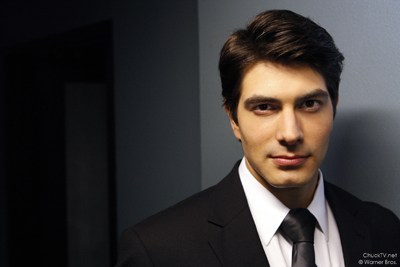 Besides that, though, he’s livened up the team and their interactions with each other. It was getting a little stale to watch Chuck, Sarah and Casey interact with General Beckman via video conference. And as much as I love Chuck and Sarah’s complicated relationship, I can see why she would be attracted to Shaw — someone who’s completely different from Chuck; someone whose motivations she understands.

I can’t forget to mention Hannah (played by Kristin Kreuk). She was introduced solely as a romantic partner for Chuck and I really ended up liking her. Kudos to Kristin. I have to mention that I was so impressed with her acting here. While I loved her on Smallville, I always thought her acting was bland. A little stilted. Sometimes awkward. She’s improved so much! It’s too bad that her arc was so short — she had amazing chemistry with Zachary Levi. Look how cute they are… 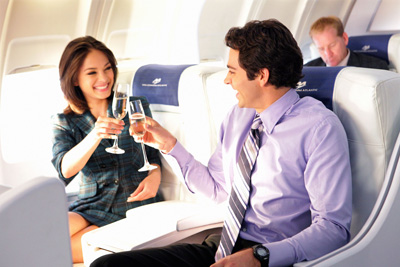 I’m sad that she’s gone. And I’m mad at Chuck for breaking up with her during dinner with her parents. That’s cold.

The only thing that would make this show better is MORE CASEY! Otherwise, I think season 3’s been amazing. Please renew Chuck, NBC!

Thanks to Daydreaming and ChuckTV for the pics.